Could a Universal Basic Income (UBI) Work In The UK? 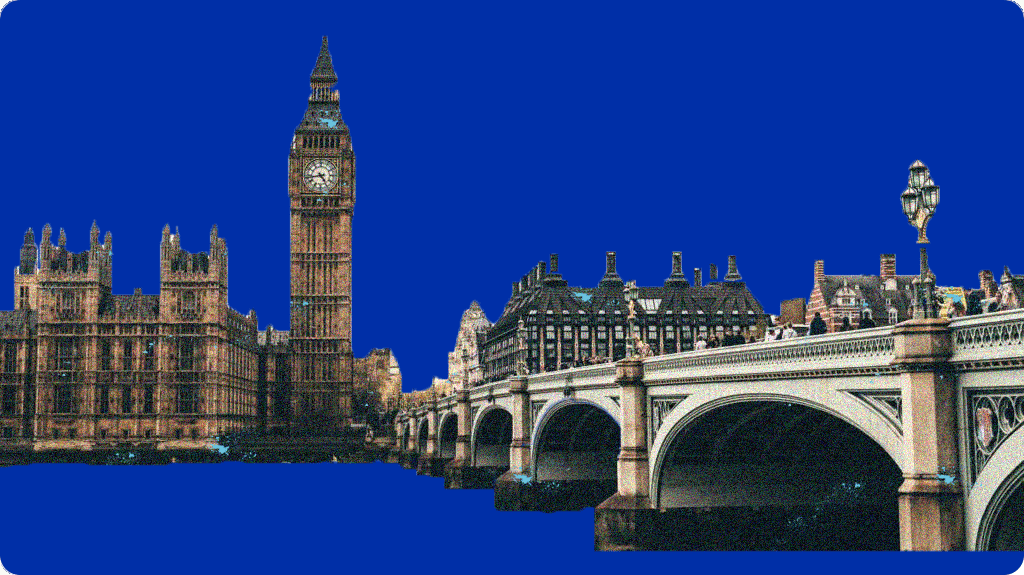 The idea of a basic income in the UK is not exactly new. UK MPs have been discussing the possibility of a Universal Basic Income (UBI) for much of the 20th and 21st centuries.

What Is Universal Basic Income (UBI)?

The idea behind a UBI is to provide every citizen with a minimum level of income to cover the basic expenses of living, such as food, housing, and transportation. The rationale behind a UBI is that if people have their basic needs met, they have more money to pump into the economy, which positively affects everyone.

Universal Basic Income In The UK

In today’s rather precarious economic climate, the idea of a UBI is being seriously considered by British politicians.

The Labour party has advocated for a UBI in the past and several progressive-minded think tanks have produced research supporting the idea of a UBI.

In contrast, many more conservative-minded analysts have criticized the concept of a UBI, as it would be largely funded by UK taxpayer money and claim it would disincentivize economic participation.

The question of the feasibility of a UBI is extremely complex and we won’t pretend like we can solve it here.

Rather, we are going to take a look at some of the arguments for and against a UBI and let you the reader draw their own conclusions about the merits or demerits of such a program.

Arguments For A Universal Basic Income

Proponents of UBI claim that it alleviates poverty and reduces income inequality.

A commonly cited example of the positive effects of a UBI is the US state of Alaska. Alaska currently has one of the very few genuine UBI programs in existence called the Alaska Permanent Fund (AFP), a UBI scheme funded by oil revenue that pays out dividends to permanent residents.

Since its adoption in 1976, Alaska has gone from being ranked 30 out of 50 in income inequality to second as of 2015. Many attribute this jump as being due to the implementation of the AFP.

Additionally, a trial UBI program in the African country of Namibia saw household poverty rates fall from 76% to 36% and child malnutrition rates fell from 42% to 17%.

Several economists, such as Stewart Lansley and Howard Reed, argue that the implementation of a UBI scheme in the UK as little as £48 a week could reduce both child poverty and pensioner poverty by more than a third.

Further, over 75% of households would benefit from the change while on the richest 25% would see any loss of money.

A rather large sampling of studies have found that UBI schemes lower school dropout rates.

Considering that education is one of the major predictors of lifetime economic success, a program that lets more people complete higher education is a good thing for the economy.

Several UBI trial implementations such as the Canadian Mincome trial, Ugandan UBI trial, and Namibian Basic Income Grant scheme have found that school dropout rates lower drastically after the implementation of a UBI. The reason is rather obvious; students can rely on a UBI while they focus on their studies, thus affording them more opportunity to succeed in school.

3. UBI guarantees income for those with disabilities or who cannot work for other reasons

Unfortunately for many, full-time work is just not a feasible option. A UBI would give a guaranteed income to those who cannot work or those who participate in a large amount of unpaid labour, especially for women, such as childcare.

UBI trials in Canada, Namibia, and India have shown that UBI schemes increase economic independence for historically marginalized groups and reduces their dependency on dominant groups for their survival.

According to Guy Standing, a Ph.D. in Developmental Studies at the University of London, a UBI makes all forms of work “equally deserving of payment.”

4. UBI is the only solution to job losses from automation

Some proponents argue that UBI is the ideal solution to the inevitable job losses that will result from the wide-scale automation of most traditional jobs.

This argument is based on the idea that retraining people who lose their jobs to automation is either impractical or ineffective and that a UBI is the best way to prevent widespread poverty due to automation. A UBI would offset the economic losses from automation.

Arguments Against a UBI

1. UBI gives money to everyone instead of those who need it most

Those in poverty already have programs to address their financial situation such as food stamps, medical care, and child assistance programs.

Some opponents argue that a UBI scheme would siphon money away from these crucial programs into a general UBI fund that would be distributed to everyone, including those who have the least amount of need, thus ultimately harming the poor.

Some economic models indicate that UBI would make those at the bottom of the income bracket worse off.

Additionally, many people argue that UBI does not actually address the issues that cause poverty in the first place, such as addiction, poor health, and lack of job skills or employment opportunities.

Some opponents argue that a UBI scheme would siphon money away from these crucial programs into a general UBI fund that would be distributed to everyone, including those who have the least amount of need, thus ultimately harming the poor.

Some economic models indicate that UBI would make those at the bottom of the income bracket worse off. Additionally, many people argue that UBI does not actually address the issues that cause poverty in the first place, such as addiction, poor health, and lack of job skills or employment opportunities.

2. UBI may decrease the incentive to work

The question of whether or not the implementation would discourage people from seeking work is unclear.

According to Charles Wyplosz, a P.hD. economist at the Graduate Institute in Geneva:

“If we pay people, unconditionally, to do nothing… they will do nothing.”

Other opponents of UBI argue that a strong economy requires people being motivated to work hard, which can only be achieved with some economic insecurity, something that a UBI eliminates.

Some guaranteed income trials in the US during the 60s and 70s resulted in fewer people seeking work and fewer hours worked among those who received payments.

Moreover, many detractors object in principle to the practice of taking money from more wealthy citizens and distributing it to those who are less economically productive.

These opponents argue that a UBI scheme is inherently unfair as it rewards people for not working and punishes those who work with higher tax rates.

Elizabeth Anderson, a P.hD professor of Philosophy and Women’s Studies at the University of Michigan has stated that a UBI would make people choose a life of idle pleasure and “depress the willingness to produce and pay taxes of those who resent having to support them.”

Many arguments against UBI focus on the projected expenses of such a program.

During parliamentary debates in 2016, UL Minister for Employment Damian Hinds claimed that the implementation of a UBI scheme would cost anywhere in the range of £8.2 billion to £160 billion.

A government-led UBI trial in Finland gave unemployed people a UBI of €570 a month for two years and found that continuation of the program would decrease the government deficit by about 5% GDP.

However, the Finnish-led trial was only conducted with the homeless and unemployed, so it can be argued that it is not a true representation of what a genuine UBI would cause.

According to Marc Joffe, Director of Policy Research and the California Policy Center, the cost of implementing a $2000 a month UBI in the US would cost an estimated $2.275 trillion annually. Even offsetting the cost by cutting other social programs would only account for $801 billion, leaving a net cost of over $1.4 trillion.

Many proponents of UBI claim that if implemented at a national scale, the costs of a UBI would not be as drastic as projection derived from small-scale studies indicate.

Many criticize the concept of a UBI as unrealistic or idealistic.

According to this argument, implementing large national-scale UBI programs would cause drastic and unpredictable changes to our economy.

Alternatively, critics argue that UBI is impossible to implement in our current political climate. There is certainly an argument that just because an idea seems idealistic that does not mean we should not pursue it.

However, as a matter of practicality, the logistics of a UBI may not be currently feasible and a UBI would most likely greatly change society’s attitudes towards work and income, which may not necessarily a good thing.

For many people, the question is not so much whether we can actually implement a UBI, but whether it is desirable to do so.

A discussion on the merits and demerits of a UBI will inevitably touch on normative political values; things like liberty, justice, and fairness, so the answer cannot be reduced entirely to economics.

For many, UBI is a matter of rights and justice, so the discussion cannot be entirely focused on economic pros and cons.

For example, it may be true that a UBI would result in more spending and higher taxes. However, the question is whether the other non-economic benefits of a UBI, such as wellbeing and life satisfaction, outweigh economic concerns.

What are your thoughts? Can UBI work in the UK? Let us know down in the comments section.