How the Gig Economy Is Changing the UK Workforce 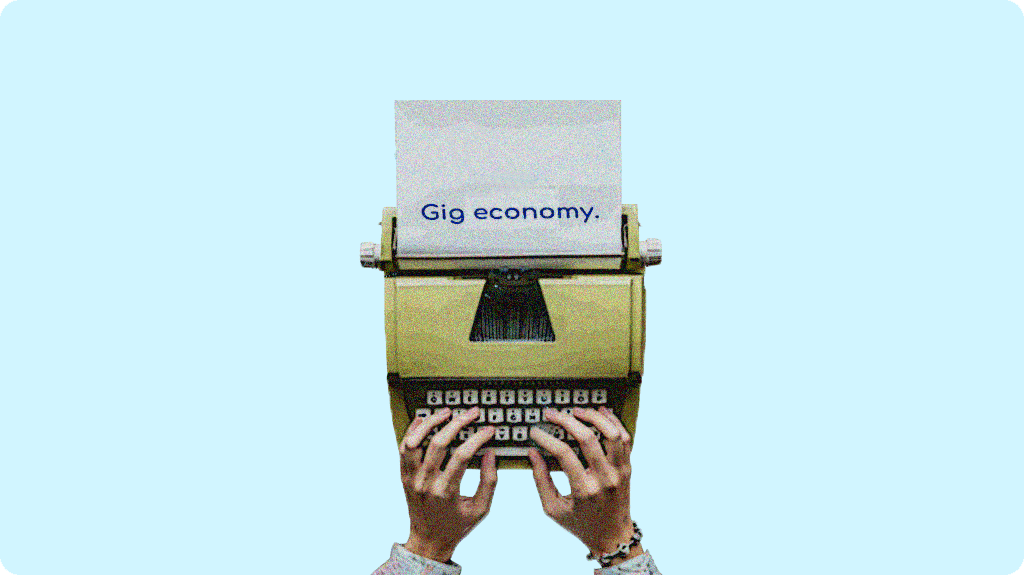 The rise of the gig economy in the past 10 years has dramatically changed the landscape of the workforce. Increased globalization and the accompanying technological changes have created a new class of workers that are distinguished as being highly mobile, flexible, and agile enough to match consumer’s ever-changing preferences.

In short, a gig economy is a labor market that is characterized by a prevalence of short-term, contract, or freelance positions as opposed to traditional long-term employment.

Whereas the work economy of a few generations ago would have employees find a stable company, work for 30-something years, and retire with a pension and stock options, the gig economy requires workers to be highly flexible, adaptable, and effective at managing costs.

Many of these short-term positions, called “gigs” are found on the internet and smartphone apps. Apps like Uber and DoorDash are well-known players in the gig economy and give people the option to work individual gigs for a commission or fee.

According to The Guardian, as of June 2017, the UK’s gig employs approximately 4.7 million workers—up to 1 in 10 people.

In today’s precarious job market, the gig economy has emerged to fill a dearth of long-term employment opportunities and reflects the monumental change that the internet and technology have had on the modern economy.

Many people debate the merits of the gig economy.

Supporters argue that the gig economy is a beneficial economic adaptation that gives workers more options for employment and ultimately contributes positively to the economy.

Critics argue that the gig economy runs the risk of dismantling hard-fought labor protections and essentially exploits the financial anxiety of a perpetually unstable working class.

Whether you love it, hate it, or are neutral on the issue, it seems the gig economy is here to stay, at least for the discernable future. In that case, it helps to know how the gig economy functions so you can best take advantage of the current reality.

In this piece, we will cover how the emergence of the gig economy has changed the face of labor markets, and what this means for future economic growth.

How Has the Gig Economy Changed the Workforce?

The gig economy is essentially the antithesis to the “job for life” paradigm of previous generations. Rather than a single long-term position, the gig economy is made up of smaller one-off and temporary contract positions.

While gig economies have always existed in some fashion, the emergence of the modern gig economy has been accelerated by new technologies that allow clients and workers to directly contact each other rather than going through the intermediary of a company or business.

In this sense, the gig economy has created a new set of expectations and attitudes regarding work. It has also made certain abilities and skills to be more marketable than in a permanent employment market. Above all, the gig economy favors workers who are highly motivated, mobile, adaptive, and flexible.

Many economists point to the 2008 global economic recession as the catalyst that kicked off the development of the gig economy.

As the housing markets collapsed and unemployment rose, more people turned to taking whatever jobs they could get. A new series of innovators capitalized on this labor trend which has resulted in the multitude of currently existing gig apps and websites.

Let’s put some numbers to these trends.

According to 2018 report from the Department for Business, Energy, and Industrial Strategy, approximately 4.4 percent (2.8 million) of the British population participated in the gig economy in the last 12 months.

According to the same report, courier services were the most common type of gig activity (42%) with transport and food delivery the next most common (28% and 21% respectively).

For over half the studied sample, involvement in the gig economy was at least once a month.

Approximately 10% of respondents operate daily in the gig economy.

About 32% of respondents reported that their involvement in the gig economy was a source of extra income, while fewer than 1 in 10 responded that gig work constituted their main source of income.

Perhaps surprisingly, more than half of respondents reported that they were either very or fairly satisfied with their experience in the gig economy.

Respondents rated independence and flexibility as the most important aspects of working in the gig economy. However, about 25% of respondents reported they were less satisfied with their level of income and work-related benefits.

Granted, these results are provisional and should be taken with a grain of salt until more comprehensive research is undertaken. However, as a cursory analysis, they seem to outline a profile of a novel working class with a unique set of skills and attitudes towards work.

Namely, workers in the gig economy seem to highly value their independence and flexibility with employment.

Moreover, gig economy workers tend to be fairly young and their levels of educational attainment were similar to those in the general population.

Gig workers constitute low-skill positions and high-skill technical work. Many gig workers are unsatisfied with their pay, though work satisfaction varies heavily depending on the nature of gig work and income level. Moreover, the majority of participants in the gig economy use it as a means to make extra money. Only a relatively small percentage relies on the gig economy for the majority of their income.

Gig economy workers also tend to be relatively optimistic about their projected future income as 68% reported they expected their income to rise or stay the same in the next 12 months.

Is the Gig Economy Good for Workers and Businesses?

The gig economy certainly seems to present several benefits to employers. The prevalence of freelance work allows companies to find on-demand contractors who can address any project at essentially any time.

However, gig workers may not be as reliable as full-time employees and it may be difficult for smaller businesses to deal with multiple freelancers with different preferences and personalities. Additionally, as the gig economy grows, competition among educated and specialized workers may raise labor costs.

Overall though, it seems that the gig economy is a benefit to employers and businesses. Gig workers allow these companies to provide services to customers without all the extra hassle of, you know, actually hiring people. Companies often save as they normally are not required to provide contract workers with benefits like health care or retirement.

Likewise, the average worker seems to have something to gain from the gig economy.

Gigs can also offer creative individuals a way to apply their unique skills which may not be highly valued in a traditional labor market.

Fiverr for instance, allows artists to make a sustainable living drawing ‘Simpsons-inspired’ caricatures for paying customers. And that’s just one ‘gig’ idea in a sea of thousands on Fiverr. The point is — gig economy platforms now offer people the chance to earn however they wish, on their own terms.

Moreover, the gig economy is extremely accessible and it is very easy to use it as a source of extra income.

In that sense, the gig economy may be best suited for individuals who, while they have a day job, so to speak, they feel as if they need some extra cash to live the quality of life they want.

However, there are some disadvantages for workers in the gig economy.

Critics argue that the prevalence of the gig economy runs the risk of dismantling labor and worker protections hard fought for in the past.

Case in point, ride-sharing company Uber recently lost a lawsuit in the UK, in which the London Court of Appeals ruled that drivers employed by Uber are “workers” in the full sense of the term and are entitled to certain benefits under British law.

Additionally, some critics maintain that the prevalence of the modern gig economy is based on exploiting the financial anxiety of groups of people who were hit hardest by the 2008 global economic recession. Desperate for jobs, workers will accept any gigs available no matter how low the pay. Lastly, those opposed to the gig economy argue that it contributes to growing economic inequality, as executives are allowed to maximize profits without providing suitable benefits to contractors.

Is the Gig Economy Here to Stay?

Is the gig economy simply a passing trend or will it continue to be a major feature of the British economy going into the future?

In general, humans are pretty bad at predicting long-term economic and technological trends.

The invention of the steam engine and trains during the First and Second Industrial Revolutions brought a high level of economic growth as it made a previously stationary population highly mobile. Likewise, the invention of the internet in the early 90’s changed the nature of work and allowed economic growth through an interconnected global economy.

The gig economy seems to be the most current iteration of these economic revolutions. Many analysts argue that the widespread adoption of automation will make the gig economy more prevalent in the future as AI takes over roles that used to be delegated to permanent employees.

Regardless of automation, the advent of directly offering services through the internet is likely to continue, which means the gig economy is likely to stick around.

Whether this is a good or bad thing is hard to say.

On the one hand, economies change all the time. The invention of the computer made several task-oriented jobs essentially obsolete, and the economy adapted to this displacement of workers. On the other hand, there is a real risk that the growth of the gig economy threatens existing labor protections and can decrease the bargaining power of the working class.

At this point, it seems that we just have to wait and see what the future holds in store for the gig economy.