How Has Airbnb Affected the UK’s Housing Market? 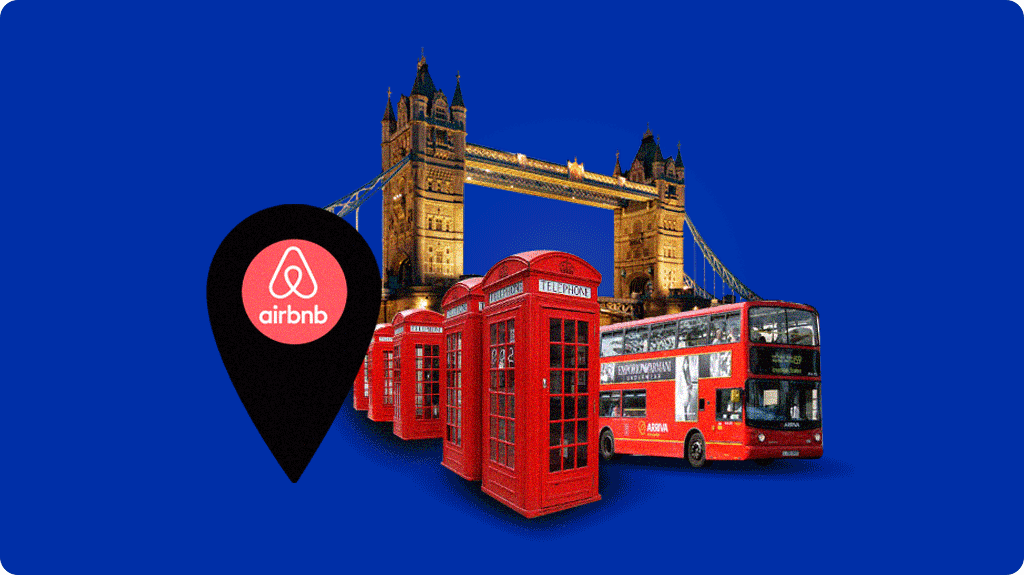 Unless you have been living under a rock you have probably heard of Airbnb. Founded in 2007, Airbnb has exploded into a multi-billion dollar business and operates in over 190 countries across the world.

After all, the idea of being able to rent a cozy home-like abode for less than the price of a soulless hotel room is a nice one and explains why Airbnb has become especially popular in tourist locations.

The Dark Side Of AirBnB…

Despite how quickly Airbnb has grown, many people are not happy about the short-term and impending long-term effects Airbnb is having on the housing market.

Among other issues, several research papers have singled out the spread of Airbnb as the cause for rising house prices, less housing development, and rising rent prices. These effects have been mostly concentrated in urban areas, to the ire of local residents.

Aside from its effects on the housing market, Airbnb has received scrutiny surrounding its registration, regulations, and tax issues.

As of now, there are relatively few regulations surrounding how people can rent out their homes and how many properties they can rent out. There has been a growing problem of individuals buying several properties with the intent to rent them out on Airbnb, which contributes to the problem of “ghost hotels.”

We are going to talk about how Airbnb exactly works, what effects Airbnb has had on the housing market, and what the future for Airbnb might look like.

How Does Airbnb Work?

In short, Airbnb is a listing platform that lets people rent out spare rooms in their house or spare properties they have.

Airbnb lets homeowners make some extra cash by letting people rent out individual rooms for a predetermined time. In other words, Airbnb is basically a chain of privately owned bed-and-breakfast inns with a platform that connects renters to owners.

The company takes a 3% commission from each booking and a 6%-12% service fee from guests.

Airbnb has become so popular as it offers an alternative to looking for a hotel room. Instead of spending your night in some soulless corporate-owned hotel chain you can rent out much homier and intimate accommodations from a local homeowner, usually for cheaper prices than a hotel. Airbnb benefits homeowners as it gives them a way to make some extra money renting out space they already have and it benefits visitors by giving them a cheaper nicer alternative to renting hotels.

It sounds awesome, so why do some many cities and legislators have a beef with Airbnb? After all, visitors to the city certainly benefit as they have cheaper options and homeowners can make some more money.

Unfortunately, those two groups pretty much seem to be the only people to benefit from Airbnb. More specifically, renters, employees, and cities seem to be losing out on a lot from the proliferation of Airbnb is densely populated urban centers.

Rising housing and rent prices in the UK

Perhaps the single largest measured effect of Airbnb so far is that it raises housing and rent prices. The reason why is that Airbnb takes existing housing stock and converts what otherwise might be long-term units into short terms units. This squeezes the supply of housing more thin in an already supply-short housing market.

For example, a recent study from the University of Massachusetts School of Economics found that, for every 12 Airbnb listings in a geographical census area, the average asking price for rent increased by 0.4 percent.

The worry is that shortening the housing supply in these cities will greatly exacerbate the financial woes of those who depend on their being cheap affordable housing.

Now to be fair, it is difficult to parse out just how much these changes in rent and housing prices are caused by natural growth and how much is caused by Airbnb specifically.

However, the data seems clear that a high presence of Airbnb listing in a particular location increase rent prices, though it might not be clear exactly how much.

Read More: Is A 4-Day Workweek A Good Idea For The UK?

However, some surveys indicate that Airbnb users would have still visited their locations even if Airbnb listings were not available.

Therefore, it is possible that Airbnb is essentially functioning as a substitution of the hotel industry and it does not actually increase tourism revenues.

Unfortunately, there does not currently seem to be any clear data one way or the other on this issue.

However, cities with low Airbnb regulations might be missing out on a substantial amount of tax revenue. Usually, hotels and other lodging entities in the UK need to pay some sort of value-added tax (VAT) on guests that stay in their accommodations.

However, there are no standard taxation rules regarding Airbnb listings as legislators have simply not caught up with the explosion of the business.

One analysis from AlltheTooms.com estimated that Airbnb listings in 2016 cost local and state governments in the U.S. more than $440 million due to poor accounting and illegal rentals.

Also, there is a fear that Airbnb will displace many employees in the hospitality industry, particularly hotel workers who have a history of strong unionization.

The problem is simply that, when Airbnb’s are around, people don’t rent hotels. As such, the company is now displacing regular payroll jobs that have been taken up by Airbnb hosts.

This includes cleaning, cooking, and other services hotels usually hire for. The result is that many Airbnb hosts outsource these sorts of services to third-party contractors, who may not have the labor protection unionized groups have.

To its credit, Airbnb does give owners the option to advertise that they made the “living wage pledge” and promise to pay cleaners and services a decent wage. However, it is not exactly clear if and how Airbnb can enforce this pledge, which has led many to view its inclusion on the platform as nothing but a PR move to save face admits the heavy criticisms Airbnb has racked up in the past few years.

In addition to these explicit economic concerns, many communities simply just don’t like having more Airbnbs in their neighborhood.

How would you feel if you woke up one morning and there was a hotel next door?

Many local residents of places with a lot of Airbnb listings complain that it is lowering their quality of like in their neighbourhoods.

For example, several sites such as airbnbhell.com and social media pages have popped up full of people sharing stories about drunk guests, trashed homes, excessive noise, and wild parties.

Also, it is thought that Airbnb’s will eventually prevent new growth in neighborhoods and discourages others from moving there and contributing to the economy.

So, Who Does Airbnb Help?

Airbnb primarily helps tourists and vacationers looking for cheaper nicer accommodations that hotels, and homeowners who rent out their properties.

As such, there has arisen a class of Airbnb “landlords” who make their living renting out properties on Airbnb. It is this subset of AirBnB hosts who have a clear advantage on the platform.

According to Josh Bevins, a senior researcher at the Economic Policy Institute: “any economic occurrence that provides benefits proportional to owning property is one that will grant these benefits disproportionately to the wealthy.”

It seems to use that, while Airbnb is a great idea for homeowners and tourists who want cheaper travel prices, unless it is properly regulated, it seems to do more damage than it helps.

Airbnb seems to grant disproportional benefits to already wealthy property owners there is the fear that it is contributing to growing economic inequality. It also contributes to higher rental and housing prices which are made even worse by the abysmal state of the housing market in the UK.