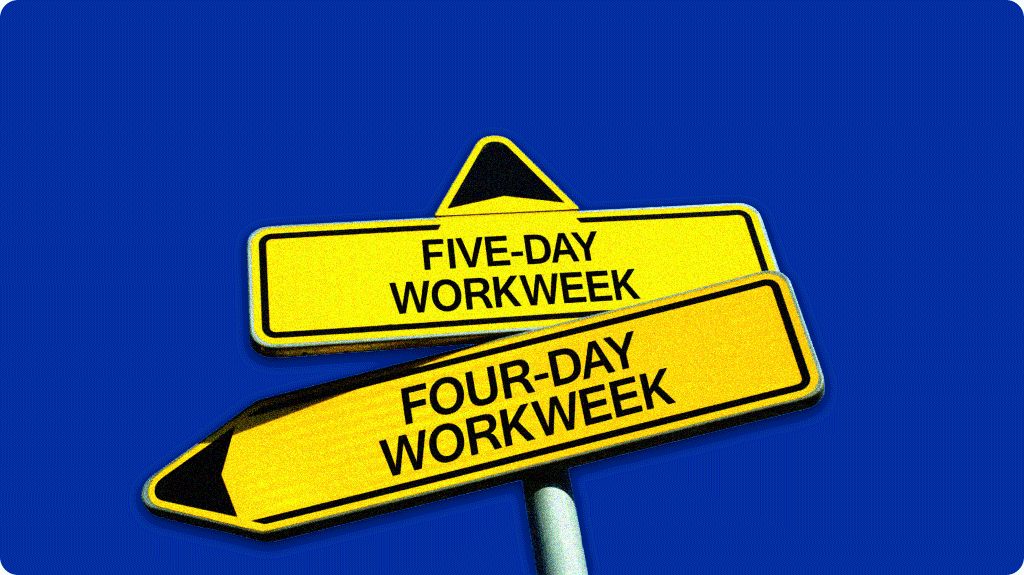 Where Did The 5-Day Workweek Come From?

In the UK, the 40-hour/5 day work week originated in labor movements during the Industrial Revolution. Back during the 1800s, workers regularly worked 12-16 hour shifts 6 days a week.

The first-ever mention of an 8-hour workday came from Tom Mann, a member of the Social Democratic Foundation, who formed an organization called the “Eight Hour Movement” and wrote pamphlets calling for an 8-hour workday.

The first group of workers in the UK who achieved the 8-hour workday was the Beckton Gas Workers in 1889 who went on strike for better working conditions and better working hours.

However, a universal 8 hour limit to the working day has never been achieved in the UK.

The Push For A 4-Day Workweek

Recently though, there have been several pushes worldwide to make a 4-day workweek standard.

This debate has been pushed forward by changing cultural attitudes towards accommodating flexible work schedules and evidence that shorter workweeks make employees happier and more productive.

The general idea behind a shorter workweek is that technological advancement has made us able to maintain the same amount of productivity while reducing the actual amount of hours worked.

Of course, as with any political proposal, not everyone is on board with the idea of a 4-day workweek.

Criticisms of the 4-day work week range from the idea that it would decrease productivity and make smaller local businesses less competitive.

It is also sometimes argued that state-mandated 4-day work weeks would negatively impact the efforts of ambitious workers who are necessary to the survival of businesses.

Arguments For a 4-day Work Week

Perhaps the single biggest argument for the 4-day workweek is that is increases employee productivity or at the very least, does not hurt worker productivity.

Several studies have shown that employee productivity increases to make up for the lost day of the week.

By the same token, employees more efficiently manage their time and are less likely to “run out the clock” by taking breaks. Workers motivated by the idea of an extra day off will work more efficiently and waste less time.

Since instituting the policy in 2000, the Netherlands has still maintained very high productivity levels on par with other countries in Europe and the Americas. It is also believed that the reduced pressure to work long hours will incentivize more people to participate in the workforce.

The general thrust of this point is that working longer hours does not always equal more productivity.

Several studies have shown that work efficiency maxes out at around 25-35 hours a week, and any more hours sees diminishing returns on efficiency.

Human beings are just not built to work long hours every week. Which brings us to our next pro…

Another advantage of the 4-day workweek is that it gives employees a better work-life balance. Employees that work fewer hours have more time to spend with family and friends, and more time to engage in hobbies they find meaningful.

This is an especially important point, considering that between 2017-2018, about 57% of sick days and missed workdays in the UK were caused by stress, anxiety, and depression, 44% of those from workplace pressure alone.

It is common sense that company productivity is not only a matter of hours worked but a matter of the wellbeing and mental health of employees. A 4-day work week would let workers have a better work/life balance and higher job satisfaction.

Reduced Cost for Businesses and Families

Another benefit of a 4-day workweek is that it could reduce overhead costs for businesses and reduce family expenditures.

By reducing the number of workdays, families have more time to spend with their kids and will have to pay less for things like childcare while they are at work.

Also, reduced business costs translate to a smaller carbon footprint. For instance, a manufacturing firm that cuts workdays have one fewer day to produce pollutants. A trial performed by the US government for Utah state employees found that a shorter workweek saved the state almost $2 million (£1.52 million) in energy costs and caused a 6000-ton reduction in carbon emissions in 10 months.

Disadvantages of a 4-day Workweek

Not All Industries Can Participate

For some businesses, maintaining a 24-hour availability is necessary to meet their quotas. Such businesses might not be able to participate in a 4-day work week as they would be unable to survive changing business models.

The most obvious candidates here are public-facing jobs like service workers, but this also applies to professionals who work irregular hours such as real estate agents, freelancers, and those who participate in the gig economy to make ends meet.

Further, some jobs just take time to complete and it might be infeasible to institute state-mandated shorter workweeks without seriously affecting their bottom line.

There is also the fact that if work hours are cut, then employers would be required to pay out extra hours in overtime pay, which many companies might be able to manage.

There is also the argument that shorter workweeks would disproportionately hurt unsalaried workers. The idea behind a 4-day workweek is to work for fewer days but still get paid the same amount.

If you are an unsalaried worker that gets paid by the hour, then cutting work hours could seriously affect their bottom line.

For example, Amazon recently tried a 4-day work schedule but also cut pay by 25% to reflect the loss of hours. Unfortunately, this affected employees’ eligibility status for benefits or their financial health.

Also, public-facing businesses might see their business hurt by missed deadlines and schedule gaps as customers expect a quick response from certain companies.

It Depends Heavily on the Specific Workplace

Businesses that rely on 24/7 interaction would probably suffer from a shorter workweek and freelancers and other gig workers might take a hit as well.

However, companies that have a lot of worker flexibility will almost certainly benefit from a shorter workweek.

Given that work flexibility is something more and more companies are focusing on in today’s economy, it is possible that the majority of industries will benefit from more flexible working conditions.

As we said, the question of a 4-day workweek is complex and probably has no simple answer.

In our opinion, the success of a 4-day work week will depend on the specific industries in which it is implemented and whether or not workers in those industries will still have access to benefits.

It seems pretty clear to use that shorter workweeks are generally linked to higher productivity, so the question then becomes how can we implement a 4-day workweek while avoiding the negative consequences…