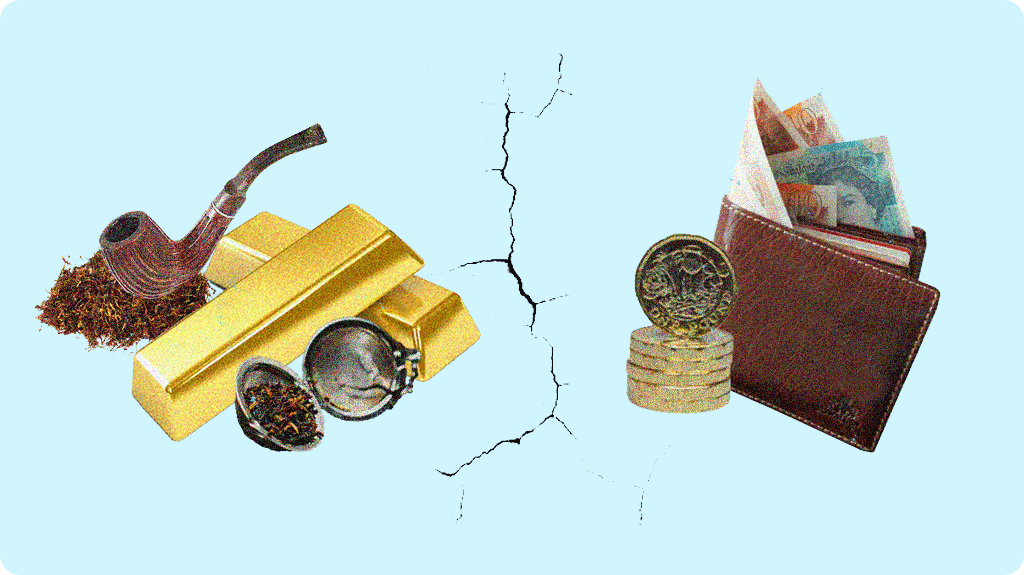 If you have spent any time around financial circles, odds are you have heard the two terms commodity money and fiat money.

While both are types of money, commodity money and fiat money are differentiated based on what they represent and what grounds their value.

Let’s first start with some basic definitions, and then proceed to break down their histories, as well as the pros and cons of each.

What Is Commodity Money?

Commodity money, in short, is any money that gains its value primarily in virtue of the substance the money is made of, or the potential use of the money. Some examples of commodity money used throughout history have been salt, gold, cryptocurrency, copper, tea, shark teeth, cocoa beans, tobacco, barley, and large stones.

Most forms of money throughout human history have been commodity monies. The value of commodity money is perceived directly by the user, who recognizes the utility or beauty of the token as valuable in itself.

What Is Fiat Money?

Fiat money, in contrast, is any money that is issued by a government and not backed by any physical commodity. Fiat money obtains its value simply because the government legislates and regulates the use of it.

Most forms of money in modern economies are fiat currency and have no value in themselves. The coins and banknotes we carry around are not valuable in themselves, but their value derives from the stability of the government.

The key feature of fiat money is that fiat money has value only because the government maintains that value.

As with many things economic, it is not entirely clear exactly when humans started to use forms of commodity money.

There is evidence of commodity currencies dating back to ancient Mesopotamia and Egypt, but the practice likely existed before then.

According to some historians and anthropologists, commodity money evolved out of a bartering system when participants agreed to accept a common medium of exchange to facilitate transactions of goods and services.

The acceptance of a common commodity of exchange allowed people more freedom and flexibility when exchanging goods.

Precious metals such as gold, silver, and platinum have often been used as commodity currencies because they are relatively easy to store/transport and they will not spoil like perishable goods such as wheat, tobacco, or barley.

People have been trading precious metals for as long as humans have been around, but the first known commodity currencies based on precious metals dates back to Ancient Greece in the 6th or 5th century BCE. These first coins were made of electrum, an alloy of silver and gold. The practice of minting coins from precious metals spread through Europe to India and Asia.

For a very long time, the majority of the Western world built their economies on the gold standard, a form of commodity money (technically representative money) in which the value of each nation’s currency was based on the purchasing power of gold.

For example, under the gold standard, if the UK set the price of gold to be £600 an ounce, then the pound would have the value of 1/600th of an ounce of gold. Most world nations abandoned the gold standard in the 20th century and now operate on a fiat currency.

The first explicit evidence of forms of fiat currency dates back to 12th century China during which the government put a monopoly on the production of paper money and suspended convertibility.

Although some of these currencies were technically backed by precious metals, in practice, convertibility was never allowed, so they were, for all intents and purposes, a fiat currency.

In fact, during his travels in China, Marco Polo commented on how strange it was that the Chinese monarchy could issue money “with as much solemnity and authority as if they were of pure gold and silver…”.

These fiat currencies often took strange forms, such as playing cards and matchsticks. Bills of Credit in colonial America were a form of fiat money, and during the Civil War, the first American fiat monies were produced. Until the 20th century, most governments operated on the gold standard, but now virtually all governments use fiat money.

The UK officially abandoned the gold standard in 1931 when they officially stopped the practice of converting currency to gold.

Pros and Cons of Commodity Money

Because commodity money is based on a physical resource, it is less prone to devaluing from inflation.

There are many examples of fiat currencies that have become extremely devalued due to hyperinflation, the 2016 currency crisis in Zimbabwe being the most recent serious example.

By the same token, commodity currencies are less able to be regulated by the government.

Unless the government holds a total monopoly over the physical resource in question, they are less able to artificially influence the behavior of markets by printing new money or setting regulations.

Fiat currencies are often criticized as having no “intrinsic value.” Commodity money, it is argued, is based on something that has actual value (due to its utility) and it is, therefore, a more acceptable medium for facilitating exchanges.

This is not so much a technical pro, but a commitment based on normative ideas about value and the economy.

Since the physical stock of commodities tends to grow slower than the market, commodity-based currencies are more likely to undergo deflation. Now, while periods of large and fast deflation can be devastating for an economy, periods of modest deflation are generally good for savers. People who invest and save commodities can be fairly certain that the value of their saved assets will increase in the case of deflation.

Commodity money is prone to devaluation over time, particularly if the commodity is some perishable good such as wheat, barley, or olive oil.

This is precisely one of the reasons why precious metals were often selected for commodity currencies. They are very non-reactive and stay good for a long time. But even precious metals can degrade; silver and gold can tarnish if stored in improper conditions.

For any physical resource, some samples of it will vary in terms of their physical quality. Due to variations in quality, in commodity-based systems, commodities of lower quality have a bad tendency to flood the market and push high-quality commodities out of the market.

For instance, in 18th century England, horses were often used as a way to pay back debts. Many people tried to use lower-quality and sick horses to pay back their debts, as these were much easier to obtain.

In a fiat economy, the government can print more money to increase the money supply to grow the economy. While too much of this behavior can cause bad inflation, a modest injection of fiat currency every now and then is good for a growing economy.

Pros and Cons of Fiat Money

Because fiat money can more or less be controlled by the government, nations are more flexible in regards to responding to economic variables like liquidity, interest and money velocity.

While this power can be used to cause serious inflation, it can also be used to manage economic crises and insulate society from the worst bucks and trends in the economy. Fiat money is not perfectly stable though, the 2007 global financial crisis proved as much.

In a fiat economy, the government can increase the money supply by printing new bills, which can stimulate economic growth. Since physical commodities cannot be produced by the government, commodity-based economies tend to grow slower.

Because the government can just print more money whenever they want, fiat currencies can be more prone to inflation. This pattern is almost universally seen in every economy that has adopted a fiat currency; the government prints too much money which leads to high inflation.

That means if the government starts to have problems, then the value of the currency can fall drastically. That is one reason why some may favor a commodity system of money, they are less prone to changes due to government behavior.

Let’s reiterate the main points of this article: 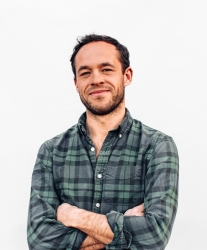