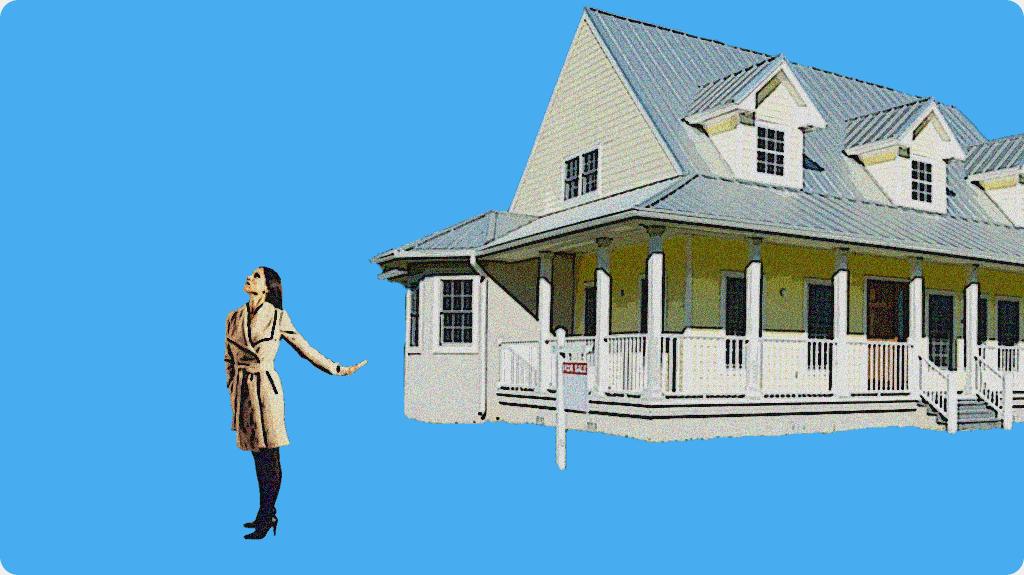 If one thing is obvious about today’s economy, young people are not buying houses as much as previous generations.

According to Business Insider, only a third (31%) of UK millennials own any property at all, behind the global average of 40%. Further, only 74% of UK millennials reported they planned to buy a house in 5 years, the lowest of all countries analysed.

These results lead one to ask: Why aren’t young people buying houses?

There are obvious factors, such as stagnant wages, increased costs of living, and the fragile and unstable housing market.

But there are also some less obvious factors — like attitudes surrounding work and finance.

Instead of buying a home, more millennials find themselves stuck in a perpetual cycle of renting.

Some argue that the prevalence of renting among millennials is a good thing as homes are not always a good investment and renting allows the mobility required by today’s fast-paced job market.

Others claim that drops in homeownership among millennials are due to financial instability and exorbitant living costs rather than attitudes about work and lifestyle.

As with many things, the answer is complex and there are many reasons why millennials are not buying homes. Here are just a few of them.

Reasons Millennials Are Not Buying Homes

We won’t sugar coat it; the housing market for millennials is absolutely abysmal.

According to PropertyWire, the UK housing market is the most inconsistent it has been in years with an average 3% decrease in the past year.

Rising housing prices and stagnant wages have forced a large portion of millennials to rent properties instead of buying.

Further, the looming shadow of Brexit in the background is expected to have a negative impact on the housing market.

According to the Royal Institute of Chartered Surveyors, home sales volume is expected to decrease to -23% in the first 3 months following the UK’s exit from the EU.

Moreover, many millennials are extremely anxious about owning a home as the housing market never fully recovered from the 2008 global financial recession. The possibility of another housing bubble burst is certainly a factor discouraging millennials from investing in properties.

The average 30-year old annual salary in the Uk last year was a paltry £23,700 and over half of millennials feel they are making less than they expected they would when they were younger.

These feelings are justified too.

British millennials experienced a 13% drop in real hourly earnings from 2007-2014, the second-worst drop in the Eurozone after Greece.

About 1 in 5 British millennials work two or more jobs to make ends meet as well. Even worse, British millennials have some of the highest rates of education in the general population and many report difficulties finding work in their studied field.

Contrary to what those in older generations may proclaim, millennials can’t afford house not because they are lazy or irresponsible with finances, but simply because there are not enough jobs and the ones that do exist don’t pay enough to afford a house in today’s market.

Even millennials who have high-paying jobs are discouraged from homeownership due to high student loan payments.

The average amount of debt from a three-year degree in the UK is around £50,000 with high-interest rates, so a large portion of millennials’ income goes toward paying off these debts and they don’t have much to save.

In short, one reason millennials are not buying homes is because of stagnant wages and the skyrocketing costs of living. Financial instability and high living costs incentivize millennials to rent more even if buying a house is a better investment in the long term.

Unfortunately, even rental prices are starting to get out of hand for UK millennials.

The average rental price for a one-bedroom flat rose almost 33% in the past two years and according to BBC, almost two-thirds of the rental market is unaffordable for millennials, where “unaffordable” rent is defined as more than 30% of gross income. As Britain leaves the EU, these prices are likely to rise.

More pessimistic projections claim that 1 in 3 millennials will never own a home, over half of which will be renting into their 40s and a third still doing so by the time they start collecting their pensions. This trend could cause an explosive growth of the bill for housing benefits for aging renters from £6.3 billion to £16 billion.

While it is true the majority of millennials low housing market participation can be chalked up to financial woes and an unstable market, some millennials’ hesitance to buy homes comes from changing attitudes surrounding work and lifestyle. Unlike previous generations, millennials value job satisfaction and security over income, which seems to imply that some millennials are ok with making sess than they would in another field. Moreover, many millennials are highly focused on their careers and often postpone buying a house or starting a family to focus on their careers.

Additionally, the current work economy for millennials favors a high level of mobility.

According to a Deloitte study, almost half of employed millennials plan to leave their job within 2 years and only 28% indicated they were planning to stay for 5 years or more.

If that’s the case, owning a home does not seem like a good investment if you are just going to be moving to a new job in the next year or two, right?

There is a very good reason why employee retention is at a record low.

Millennials simply have more to gain by switching jobs every few years than staying put.

A study by think tank Resolution Foundation discovered that pay growth for those who switched jobs within the last year was 11% as compared to 2.7% for those who stayed at their current jobs.

When switching jobs every few years get you better raises, who can blame millennials for having low company loyalty?

In that past, workers could find a position, stay for 30 years, and retire with a sizable pension plan. Today, companies just are not offering the kind of incentives and benefits to get employees to stay. So it makes perfect sense that millennials would rather job hop than put roots down in one place.

Low company loyalty may also be explained by millennials changing views about the role corporations and businesses should play in society.

Both millennials and Gen Z overwhelming feel that corporations should focus on more than just finances and have a positive impact on society and the environment. However, many millennials report that they feel their companies focus too much on profit generation, efficiency, and production, 3 things that millennials and Gen Z workers feel should have the least focus.

In other words, millennials seem to have a rather low opinion of corporations and businesses, which affects their employment-seeking habits which bleed into their home-buying habits. Low company loyalty means millennials frequently switch jobs, which discourages them from buying houses and putting down roots in one place.

This feedback cycle could explain a large portion of millennials’ non-participation in the housing market.

Lastly, millennials just seem to have different values and desires than their parent generations.

Many millennials have broken away from traditional work paradigms and have less of a focus on consumerism and meeting the traditional milestones of adult life.

This is not particularly surprising in itself as every generation will differ from the previous in terms of what they value and what goals they have.

Millennials as a whole seem to be more concerned with finding meaning and satisfaction in their work rather than just finding a high paying job. They also seem to be much more attuned to the effects of business on society and believe businesses should positively impact society rather than just generate profits.

There is not one single answer why millennials are buying fewer houses, but a combination of a bad market, stagnant wages, and differences in work attitudes and values all explain millennials’ low housing market participation.

No doubt that for many, the idea that they may never own a house is extremely distressing.

There is a bright light at the end of the tunnel though. Among millennials that do own homes, homeownership increased the most among older individuals—about 2 to 4 times higher than younger groups. This trend indicates that owning a home is not out of grasp for millennials, though it may be more difficult than in the past. Specifically, homeownership becomes more of a possibility as millennials get older, develop a stable career, and pay off outstanding debts.