What Salary Should You Be Making At Your Age? (UK Guide) 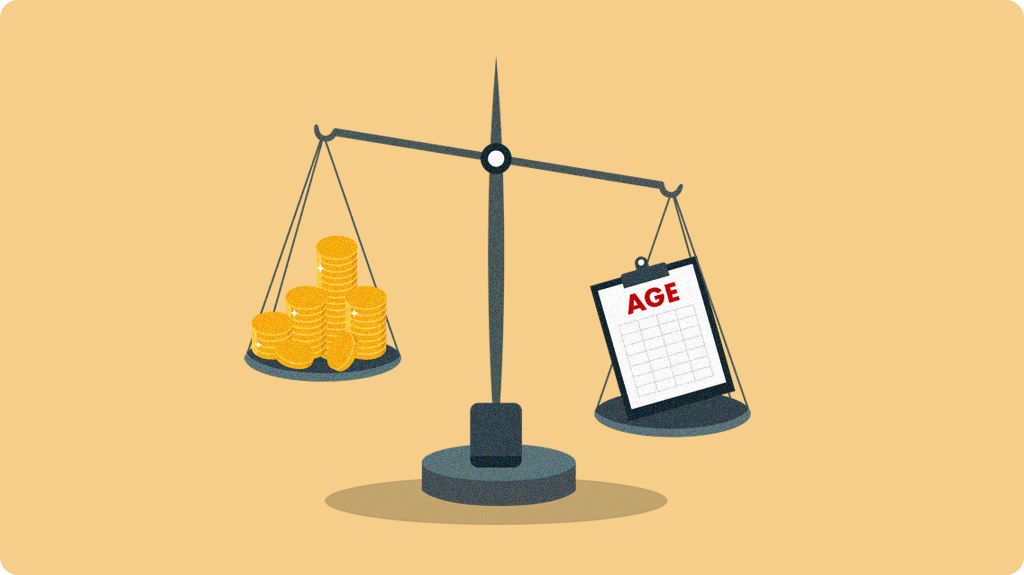 All other things being equal, there is a positive correlation between age and salary. In general, the older you get, the higher your salary should grow.

With age comes experience, and older employees are typically in a better position to leverage their experience for more money.

So you probably might find yourself asking: How much should I be earning at my age?

Unfortunately, this question does not have a universally applicable answer.

Your salary depends on a lot of features besides just your age, such as your industry, education, work history, and other factors. Figuring out if you are being fairly paid your worth can be really difficult.

However, there are a few metrics we can look at to get a picture of your current standing.

That £30,420 is just a national average and the real story is more complicated.

Average salaries in the UK are heavily dependent on geographic region. As is probably expected, urban areas typically have a higher average salary than rural areas.

Keep in mind that the higher salary in urban areas is partially offset by the increased costs of living near the city. So even though you may be making less overall working in a rural area, you may effectively be saving more than a city-dweller due to the reduced living costs.

As is also probably expected, age and gender also play a big role in the average salary.

Let’s look first at age. In general, the younger you are, the less you earn.

What If I Am Earning Less Than I Should?

Figuring out you are not being paid the same as others in your position can be frustrating as you may feel like you are being taken advantage of or are otherwise unappreciated for your work. If you think you are earning less than you deserve, it’s time to find out why.

Obviously this is easier said than done. After all, if getting raises was easy and straightforward then there wouldn’t be thousands of articles and guides online about how to get a raise at your job. Getting paid what you think you deserve can be a delicate process and needs to be undertaken carefully.

The general consensus around the professional world is that you should expect some kind of raise every year. The one-year mark is a good time to reassess your salary and consider if you want to ask for more. If you recently got a pay bump within the past year, then your best bet might be to push through another year before asking again.

Here are some more tips on how you can effectively ask for a raise if you feel you aren’t making enough.

Know what you’re worth

Before sitting your boss down, make sure you do some research about average salaries for your position/experience level.

Knowing where you stand compared to others like you can help figure out how much to ask for. If you find that you are already at the top of your market for your position, then you might have to settle for less than what you might initially want. Don’t treat average reported salaries as the final word, but as a starting range.

Generally, talking about salaries with coworkers is considered a bad idea. However, talking to coworkers about their salaries can be helpful if you feel like you are being severely underpaid. If everyone is being underpaid, then you might be able to come up with a plan to increase wages.

Be smart about when you ask

You are much less likely to get that raise if your boss is having a bad day or there is stress in the workplace. For example, asking for a raise on the tail end of impending budget cuts is generally a bad idea. On the other hand, if you have been performing particularly well recently and your boss seems pleased with your work, it may be a good time to pop the question.

Figure out the salary structure

Take some time to figure out the salary structure of your company. For instance, some companies may have strict limits on how much or a raise they can give at once or they may never give raises above a certain percentage. The more you know about how your company handles salaries generally, then the better able you’ll be to handle the process.

Lastly, you shouldn’t be afraid to ask for a raise. Asking for a raise does not mean you are greedy or entitled, and it’s a completely normal thing a reasonable supervisor will understand. Even if your boss says no, it won’t hurt your relationship as long as you are respectful and have a track record of good work. Raises are not a gift or a favor; they are a way to compensate you for the hard work you put into your company.

Even if you fall outside of the average salary range for your age, it’s not the end of the world. Averages are just that—averages. They are not a rule and just because you might not be making what other people your age make on average doesn’t mean you have failed or are otherwise behind in life. Rather, these figures should be taken as just a snapshot of the landscape. How you interpret them is up to you.

11 Expenses To Always Include In Your Budget (UK)