What Made Warren Buffett A Billionaire? The Oracle’s Success Story 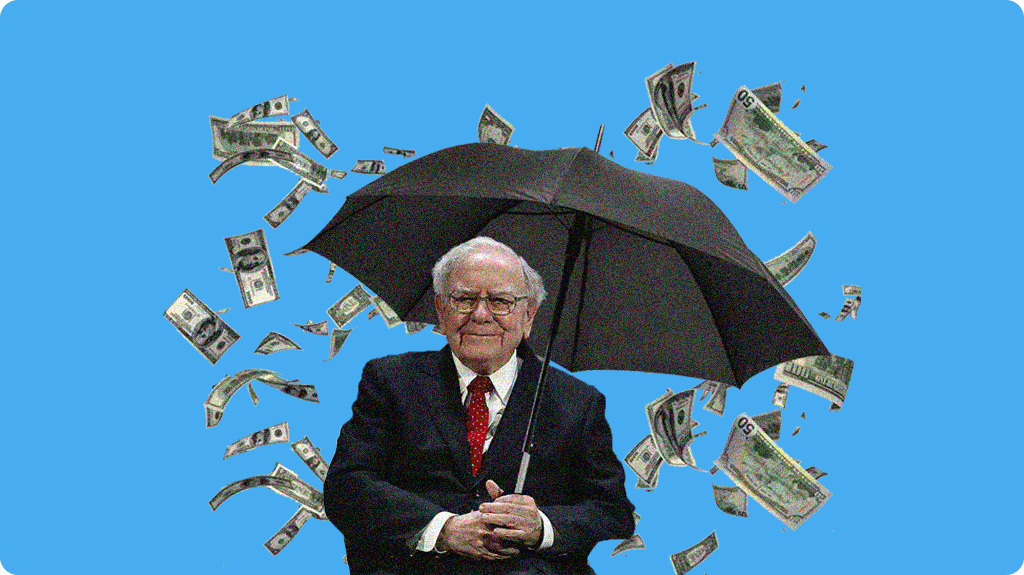 The Oracle Of Omaha

After reading ‘How to win friends and influence people’, Buffett claims he found renewed confidence to get out and sell his ideas. He actually turned into a pretty dynamic investment salesman and loved his job…the bit he didn’t like so much…? When things went south, and clients lost money.

To keep investors onside and reduce the beef, Buffett created a partnership with friends and family that would see Buffett invest small amounts into the fund and re-invest his management charges back into the fund (under his name). The terms of his management fees seem a little steep in today’s market:

This is what is today known as a packaged product but back then, it was pretty revolutionary. Buffett expanded these partnerships with other investors and held a 9.5% stake in more than $1 million of assets. He wanted to share the pain…and gain. He really could sell.

Buffett’s first foray into Berkshire Hathaway came in 1962. That foray quickly amounted into an aggressive addiction and contrary to his principles of today, Buffett started to demand a switch of leadership.

Despite admitting to his regrets around the Berkshire acquisition, Buffett used the rich cash flow of the business to force some acquisitions. Several of which, led him to his first love, Insurance companies. Buffett has forever been about cash-rich businesses and he decided acquisitions of insurance companies – where the cash they take to cover future pay-outs – would provide the perfect launchpad for further acquisitions. Fair to say, he got that one right.

Despite his own Cherry Coke addiction, Buffett has always kept Berkshire pretty well diversified. While the insurance industry proved to be his bread-and-butter in the early days, Buffett does have a pretty varied diet when it comes to investing. When he acquired Berkshire Hathaway for the first time, Buffett was not interested in the product or the production. He was interested in its valuation and its ability to deliver returns. Just look at today’s portfolio:

How Warren Buffett Capitalised On The 2009 Financial Crisis

When the tide goes out, we’ll see who is swimming naked. Well, when the tide went out during the 2009 financial crisis, Buffett went swimming. Him and Berkshire saw an immense opportunity to lend to businesses that needed the short-term capital and boy are they reaping the rewards today.

Some of the most acclaimed paydays from those lending days include:

The financial crisis was good for some.

Warren Buffett In 2019 And Beyond…

More recently it has not been plain sailing for the Oracle of Omaha. Buffett teamed up with 3G Capital to merge his Heinz business with Kraft foods. The company is one of the largest foods & beverage firms in the world, but it also carries plenty of dated brands.

Only last week, the company wrote down the value of numerous brands in the portfolio sending the shares crashing 30%. Perhaps what is more concerning is the method of the deal and the team behind it. While Buffett has always preached the importance of a strong and stable management team, Kraft-Heinz is packed full of 3G capital employees looking to get the most out of what they have.

Some Interesting Facts About Warren Buffett

What Is Warren Buffett’s Net Worth?

As of 2019, Buffett has an estimated total net worth of £53.85 billion pounds, making him the third richest person in the world, behind Jeff Bezos and Bill Gates.

Buffett first became a millionaire in 1962 as a consequence of his investments in seven different partnerships. At the time he has a total net worth of approximately £800,000.

It was around this time that Buffett acquired and became CEO of Berkshire Hathaway which was at the time a textile manufacturing firm.

By the 80s, he had moved the entire business into the insurance sector and closed the last few textile mills still in operation. By 1979, Buffett’s net worth reached £485 million.

1988 saw one of Berkshire Hathaway’s most lucrative investments in the Coca-Cola company in which it purchased 7% of the company for £6.26 billion. By 1990, Buffet became a billionaire and his company began selling class A shares, closing the market in 1990 at $7,157 a share. Buffet was 56 years old at the time.

By the time he was 66 years old, Warren Buffett’s personal net worth had ballooned up to $12.9 billion, all the while having only a £39,000 dollar income; slightly above the median income for the average American family.

Within the next 6 years, Buffett’s net worth more than doubled to £27.95 billion by the age of 77. Since then, he has shown nothing but forward growth.

By 2008, Buffett was the richest man in the world at £48.54 billion, finally overtaking Bill Gates who had been at the top of Forbes list for the past 13 years.

Read More: What Does Warren Buffett Look For In A Company?

How Much Does Warren Buffet Make A Day?

During the fiscal year of 2013, Buffett was estimated to have earned about £28.97 million every day. This comes out to £1.21 million an hour (even counting hours when he is sleeping) and comes out to a bit over £20,118 per minute. So in other words, in 2013, Buffet made more than the average Londoner made all year in just 2 minutes.

What Are Warren Buffett’s Best Investments?

Currently, Buffett’s most profitable investment is Apple, which makes up about 25.79% of his portfolio; up from 14.41% the previous year.

The last time a single company had a comparable holding was in 2015 where Wells Fargo made up 24.16% of holdings. Buffet also hold many shares in Bank of America, beginning in 2011 when he invested over £3.92 billion into the then-struggling company. Buffett has stated he plans to keep stock in Bank of America for a “long, long, long time.”

Buffet has also had huge success with his investment in Coca-Cola. Over the long term, Coca-Cola has proven to be one of Buffet’s most lucrative investments, even if it currently does not make up a majority of his current portfolio. He also owns over 26.7% of the Kraft Heinz Co. since 2015.

Fun Fact: Despite being the CEO, Buffett has repeatedly stated that his acquisition of Berkshire Hathaway was actually one of his greatest financial mistakes.

Buffett states that he was pushed to buy shares at a higher price than he initially wanted because he felt slighted by a competitor’s low offer. He has claimed that his purchase of Berkshire Hathaway at that price locked him out of a potential $200 billion in revenue.

What Are Warren Buffett’s Top Stock Picks of 2019?

Even at the age of 88, Buffett still manages the day-to-day operation of Berkshire Hathaway. The top stocks for Buffet of 2019 include: